In Defense of Men’s Groups and Spaces — Part 3 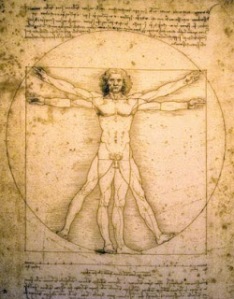 There are bigger questions involved with creating and honoring men’s spaces, and I don’t know all the answers.

How does one go about creating men’s groups, events, and spaces without being exclusive or discriminatory? Or is that just the nature of these types of things in the same way that forming groups of any kind creates a smaller segmentation of society?

What about transgender folks?  Is being male a matter of having the right biological parts or is it psychological?  On a similar note, if it’s about a mindset, does that mean that masculine oriented women are a better fit than feminine oriented men?

If we start making exceptions to whatever we consider male, does that risk opening the floodgates and turning a men’s group into something that discourages men from opening up or that changes the energy and the dynamic of the group into something it was never intended to be. Given the example from Part 1 of this posting, at what point does the bowling league become a basketball team if it starts trying to be inclusive and representative of basketball players too?

One of the former men’s groups I was part of, restricted membership to biological males.  The jest was “you had to have a member to be a member.”  When one member’s wife was pregnant with a boy, she poked a loophole in the “rule” claiming she actually had a “member” until such a time as he would be born. At a men’s retreat run by another group, we had a woman show up to our event not so cleverly disguised with a fake mustache. We let her stay, but she only stayed about an hour.  In some instances, we specified certain events (like specific workshops, rituals, and men’s retreats) as just for the guys, but public events and social events were welcome to all. Sometimes we’d go out to eat after an event, and some of the guys would bring their girlfriends / wives. If we had parties, we’d invite men and women.

In Defense of Men’s Groups and Spaces – Part 2 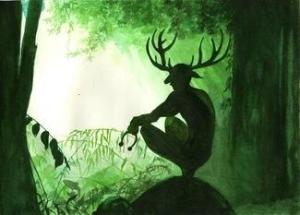 “Today, more men seem to be interested in men’s covens, ritual circles, or similar groups stemming from other traditions… Such groups can be a source of support and of exploration of the particular energy men can generate together.  They also give men somewhere to go while the women are at their women’s groups.”

There are many misconceptions about men’s groups.  As I said in my last post, gay men often fear these groups are made of hyper masculine homophobes, and straight men frequently fear these are gay men’s hookup groups.  Women have their own preconceptions about men’s spiritual groups — associating these groups with exclusive “good ole boy” clubs of the past that actually did go out of their way to oppress women, rather than as spiritual or self-help groups where men are trying to understand themselves and find their place in the universe. They often believe these groups are there to put down and complain about women, though in actuality the groups meet for male bonding and to discover what it is to be men in our society or in a self-help or spiritual context. The men’s groups I’ve been involved in usually have been made up of men with at least moderately liberal and enlightened viewpoints who try to be sensitive and aware of women’s issues, even if they don’t always do a good job at it.

When I was involved in groups specific to gay and bi men, I’d often get challenged by Lesbians about why there needed to be men’s specific groups.  Many never seemed to notice just how many women’s groups and Lesbian groups there were in our local community, or to realize that gay men might have things to discuss in an environment made up of other gay men.  Perhaps we had issues that other gay men would understand, but that many Lesbians wouldn’t understand or would be turned off by.

In the Pagan community, I often staff tables at events where I’m promoting a Pagan men’s group I’m involved in, as well as an annual Pagan men’s retreat I help plan.  Almost always, there’s at least one outraged woman who feels it’s her obligation to point out how men’s groups are sexist. They never seem to notice how many all-female groups and covens there are or to realize that our men’s groups are about self-discovery and not about oppressing women.

Very recently at one such table, a woman seemed very upset and asked me “why aren’t there any Pagan women’s groups or events?”  I would have been just as surprised by her question if she had come up to me at a Druid table in the middle of a Pagan event and asked me why there aren’t any Wiccan groups in the Pagan community.  The thing is women’s groups, women’s events, and non-Druid Wiccan groups are all around. If you don’t see them, you aren’t looking.  There are priestess retreats, women’s covens, Goddess events, and I remember a recent announcement for a womb ritual. In a balanced world and in a balanced religion, there should also be men’s retreats and men’s groups, and the exploration of Pagan gods.  It’s not about putting other people down, but about exploring the divine within and without from the perspective that makes the most sense to you – whether it be gender, a particular spiritual path, a specific mythology, or whatever.  As I mentioned in my previous post, a pluralistic society allows for all types of niches and combinations of groups. If one isn’t for you, move onto the next one or create your own.

There was something I found ironic about this woman’s question too (and I’ve also noticed this a number of times with Lesbians interacting with gay men’s groups).  There was an underlying tone in the message that seemed to be asking why I (a man) wasn’t out there creating women’s groups and women’s events, as if I even have the background, life experiences, or body parts to do so. While it is my responsibility to treat women respectfully and take their needs seriously, I yield the responsibility to create women’s groups and events (or to be aware of existing groups and events) to women themselves.

Besides my men’s groups, I also write articles about events I attend for the greater communities I’m a part of. Not terribly long ago, I reported on a Pagan event and was publically reprimanded when I shared the article on Facebook.  The reader took offense because all the rituals and most of the workshops were run by men and because women led the entertainment, belly dancing, children’s activities, and even a workshop on hair braiding. I was not at all involved with the planning of this event; I only reported on it.  Somehow because I reported on the event as it actually happened and because the woman knew I was involved in men’s groups, I was apparently involved in a conspiracy to enforce gender roles on an event I didn’t even help plan. The irony in this case was that the woman who complained about the gender divide at this event was actually involved in the event in a role that perpetuated the actual gender divide she seemed to be blaming me for and the event was planned mostly by a group of women. In reality, there was no conspiracy, the men and women involved with the event gravitated organically toward certain roles – whether from socialization into these roles, whether because these roles meshed with their hobbies and interests, or whether from some combination of these factors. I do concede that my original article could have been more inclusive than it was and that I focused on aspects of the event that I’ve been socialized to consider important, but there was no conspiracy on my part as a writer or on the part of the event’s organizers to enforce traditional gender roles.

I share these incidents, not to oppress women somehow, but to show a need for greater understanding and acceptance about what men’s groups are all about. I also feel it important to show the inconsistencies and ironies associated with negative attitudes towards men’s groups. I personally feel there is room in this world for men’s spaces, women’s spaces, coed spaces, and even spaces for folks who feel they fit somewhere in between traditional genders.